One Easy Trick To Make Your Raspberry Pi Backups Super Small (0.00000029% of the Original Size) 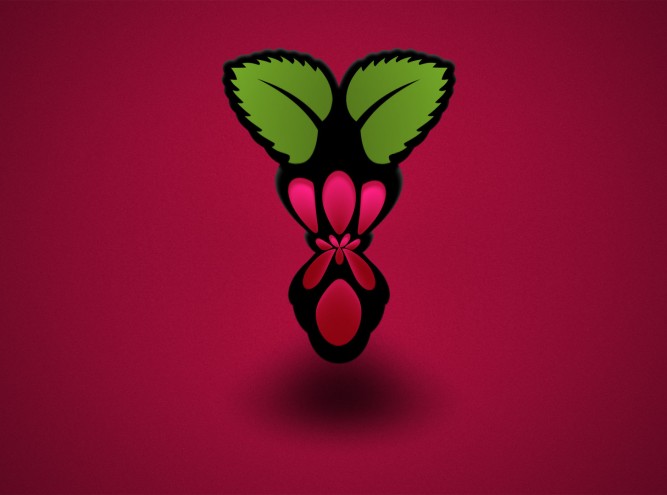 At any one time I might have 3-4 Raspberry Pi projects going at once, but only 2 SD cards.  Because of this, I use Win32 Disk Imager (the same program you probably used to write the Rasbian image to an SD card) to create images of the SD cards, which I keep on my backup drive.  When I want to work on a project, I just image it back on the SD card.

This system works, however, over time those image files can add up.  Each one is the same size as your SD card, so an 8 gig SD card generates an 8 gigabyte image.  Not only can they start to fill up your hard drive, but if you store them on a network, it can take a long time to transfer them.

TL;DR
This command fills up the SD card’s free space with a huge file full of zeros and then deletes it.  A long string of zeros is much easier to compress than a bunch of one’s and zero’s.

Compressing them in a zip file works, however, my zip files were still nearly 80% of the size of the original which didn’t offset the hassle of compressing and decompressing.

First I will explain what to do, then I will tell you why it works.

Open up a terminal window and execute this command:

After a while this will appear:

That means you finished!  You can now shut down your RasPi and compress it.

Here is what this command does:

If you want to learn even more about this command, check out its explanation at explainshell.com.

Why does this save space? One way that file compressors squeeze files is by finding repeated data and encoding it.  For example, “00000…” may be represented by “Zero 6515 times”.

When you make an image of an SD card, it doesn’t look a the file system, instead it copies the entire card bit by bit – ignoring whether or not that bit was part of a file or simply empty space.  SD cards, even new ones, can be full of random data that is hard to compress.  By converting all unused space to zeros, the file compressor will have a much easier time compressing your image.

One more tip, the cat command doesn’t have a progress bar, so you won’t know how far along you are.  Instead, what you can do is open another terminal window and execute this command:

Watch is a program that watches output from other programs.  In this case, watch will run the df -h command every two seconds refresh your screen with updated information.  This way you can watch your SD card fill up until it reaches 100%: 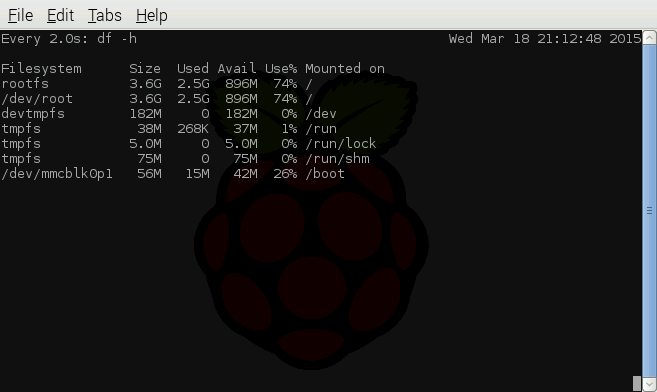