Why Does Vessyl Show The Same Nutritional Info for All Beverages? 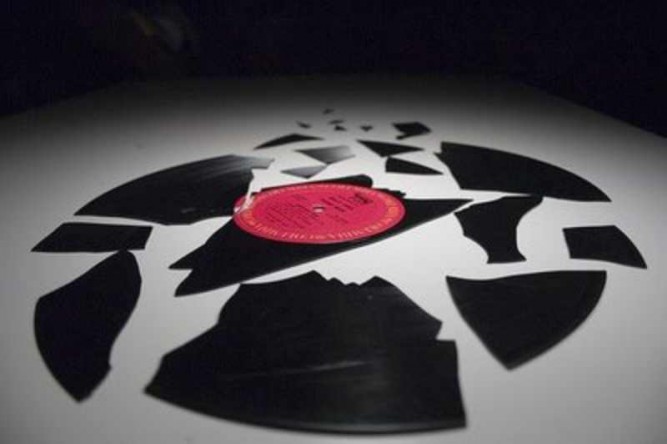 After covering Vessyl’s delays, writing about the Pryme Vessyl before it was announced, and then my commentary after Pryme Vessyl was released and Vessyl was again postponed, I did not plan on posting anything else about the Vessyl.

This left me curious to see how well the Vessyl prototype measured the amount of caffeine in other beverages.  So I checked out the few videos and pictures there are of Vessyl’s prototype in action.

Here is what I found: 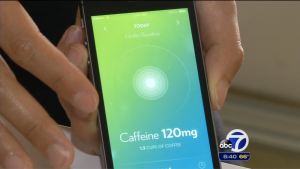 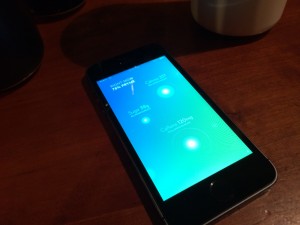 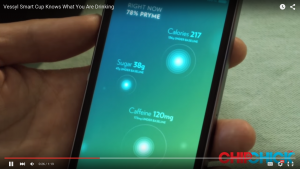 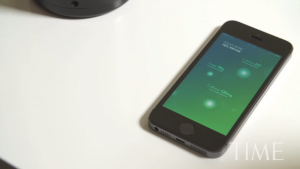 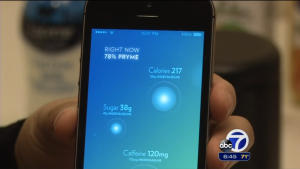 120 mg.  Every. single. time.  In fact, I could not find a single image or video of the app with any other value.

But that isn’t all.  Go back and take a look at the calorie and sugar counts.  That’s right. ALL of those values are the same.  Over a period of nine months, the Vessyl prototype detected 217 calories, 38 grams of sugar and 120 milligrams of caffeine on every single use.  It appears, (but because of the way the videos are edited it is not possible to know for sure) that the Vessyl prototype found the same level of calories, sugar and caffeine in Orange Crush as it did in a Starbucks Mocha Frappuccino and other beverages.

Surely this cannot be right?  Surely those numbers are just a substitute for Lorem ipsum dolor, right?

Well, in one of the videos, Justin Lee, Mark One CEO, talks as if the data was valid:

This really begs the question, was Lee serious, just playing along, or was the video edited in a way that presented inaccurate information?

And even more, were those in the press who covered the Vessyl’s launch serious, or just playing along?  Did no one notice that, like a broken record, the app kept repeating itself?  Or, did the app actually work when it was demoed, but not in the videos above?  Its hard to tell when you take a look at the footage above and then read what the reporters said:

For instance, it could differentiate between Tropicana orange juice with and without pulp, and instantaneously knew how much sugar was in each.

Vessyl can tell the difference between strong and weak coffee, Lee says, noting caffeine disparities. It can even measure the sugar, protein, calories, fat, and caffeine inside any beverage you pour into it, mass-produced or homemade.

From the way these publications and others reported on the Vessyl, I was under the impression that the information reporters saw in the app was unique to the contents of the cup.  They also left me under the impression that Mark One had a fully functioning prototype Vessyl that could analyze its contents at a molecular level and give nutritional information specific to those contents.

In all fairness, if you watch the Time video above, you will note that Justin Lee, Mark One’s CEO, transitions to the conditional form of the verb to do when describing the app’s nutritional information: “Let’s say its an Orange Crush. Open it up, pour it in.  And then it would give you all the nutritional content.” (Emphasis mine.)  The confusing part is that while Lee speaks hypothetically, we see the app “doing” what he is describing.

Before I go any further I should also point out that it is not possible to see in every video which drink was poured into the Vessyl prototype.  And since the videos were edited, there is no way to know if the footage of the drink being poured is proceeded by the corresponding footage of the app.  So I want to stress that the following is nothing more than speculation and I encourage you to check out my sources for your self.  If you know of why the Vessyl prototype repeated the same values, or if I got any of my facts wrong, feel free to leave a comment or send me a message.

As with most things Vessyl, we are left with more questions than answers; the biggest being why do we have seemingly contradicting information?  On one hand we are told by some that the Vessyl prototype can measure the calorie, sugar and caffeine content.  On the other hand, we see what appears to be the same nutritional data being displayed for every beverage, over a span of nine months.  Why would this be happening?

Mark One really went out on a limb in creating a product that can be so easily tested for accuracy.  When Mark One demoed the Vessyl prototype, any reporter that poured in a beverage would have easily been able to audit the prototype’s accuracy by simply comparing the beverage’s label with the readout on the app.  Any inaccurate readings would probably have given the Vessyl a black eye.  By providing dummy data, they would have been able to skirt the question of accuracy, which is likely preferable to showing an inaccurate result.

While this theory fits some of the facts, it does not jive with the first hand accounts above that described a prototype that knew the nutritional information of its contents, which brings us to the next theory.

Was it Poor Reporting?

What did the press see when Mark One demoed the Vessyl prototype?  Is there another prototype that works better than the one shown above?  Or did the press, en-masse, fail to a accurately describe what they were seeing?  If the reports were wrong or exaggerated the prototype’s abilities, did Vessyl reach out and ask for corrections?

Here is what John Phillips, editor in chief of TechHive had to say about the press coverage of Vessyl’s launch:

I was among the original group of journalists who saw Vessyl under an information embargo. My tech-press colleagues wrote about the cup when the embargo lifted on June 12, and I was simultaneously horrified and disappointed to see so many of them cover Vessyl without calling out its obvious drawbacks and dubious features.

Was the same stock footage used in all of the reports?  This would explain why the values matched every time, as a single video was spliced into the reporters’ footage.

While it would be a good explanation, it does not seem to be the case.  The settings in the videos above are not the same, and there are other subtle differences that suggest that the videos were shot at separate times and are not part of the same stock footage.

Is the Prototype not Able to Detect Nutritional Information?

Is it possible that the Vessyl prototype itself was not able to measure the calories, sugar and caffeine in its contents and instead dummy data was placed in the app as a placeholder?

The Vessyl uses a spectrometer to analyze the liquid inside of it.  While Mark One does not explain the process of how the spectrometer is used to accomplish this, it is mostly likely very similar to the process that the Tellspec ($399) uses:

It is probably safe to speculate that the Vessyl’s spectrometer generates a signature which is sent via the smart phone to Mark One’s servers for analysis by their proprietary algorithm.  After the signature is analyzed, the results are sent back to the smart phone.

Spectrometers, as most sensors, have working limitations, and are more limited the smaller they are.  Was the prototype’s spectrometer only sensitive enough to create a signature that distinguished beverages from each other, but not able to measure the levels of some materials?  Caffeine is only a very small portion of a beverages mass.  For example, caffeine only makes up about 0.009% of Coke’s mass.  Is the Vessyl’s prototype able to measure such small concentrations?

Mark One won’t even confirm that the Vessyl uses spectroscopy, so we probably won’t be getting specs on their spectrometers any time soon.  But we do know that other consumer products, based on spectroscopy are being developed, and make claims similar to the Vessyl.  So it would seem that the technology exists to create a prototype Vessyl.

Mark One’s Algorithms were not Ready

This is possible, but if it is true, one would wonder why the app appeared to utilize dummy data even in March, 2015, around the time of Vessyl’s first shipping date.

There are many articles and videos about the Vessyl, but little information; and the information we do have seems to contradict itself.  What we do know is that the Vessyl protype can distinguish between beverages.  What we can’t be sure of is if the prototype we saw can accurately measure the nutritional information that is core to the Vessyl concept.  I guess we will have to wait for future updates from Mark One to find out.

Get Push Notifications When a Website Changes With This Bash Script